Although I grew up without an art museum anywhere close to where I lived, I have loved art for as long as I can remember. I know that many people who are artistically talented come to love art as they learn more about technique and artistic development. I am seriously lacking in the artistically talented department, but I still love to learn about all things related to art. My children also love learning about great artists. One of my goals for my children is that they will be able to see a piece of art and recognize the artist by the style and details.

In our homeschool, we are learning about Wassily Kandinsky. My favorite fact about him is that he had synesthesia. He could literally hear colors and see music. Kandinsky is considered to be one of the earliest abstract artists.

I thoroughly enjoy teaching about the great artists throughout history. I may not be the most knowledgeable or educated art teacher, but I am passionate.

Here are a few of the things we’ve done in the artist style. 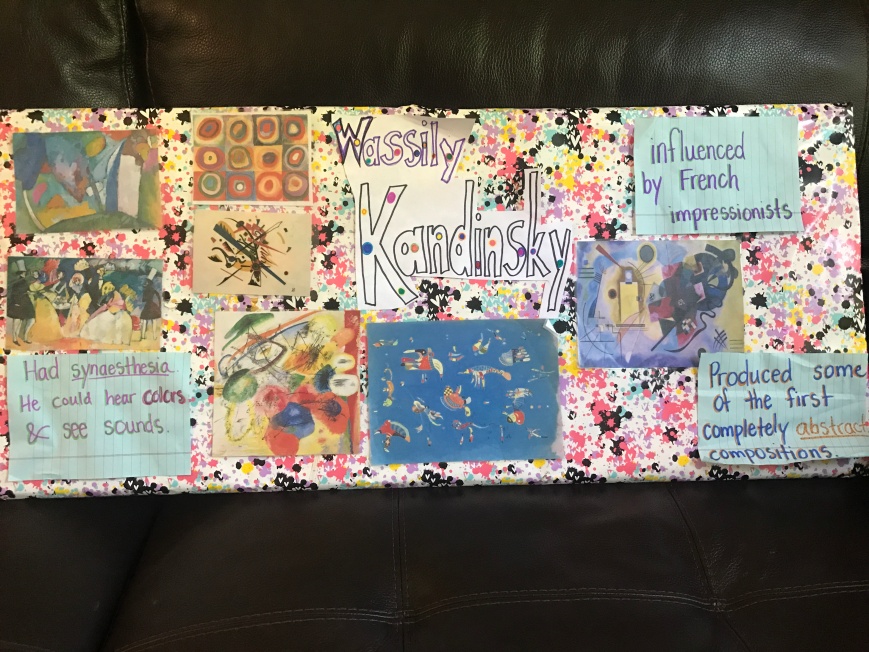 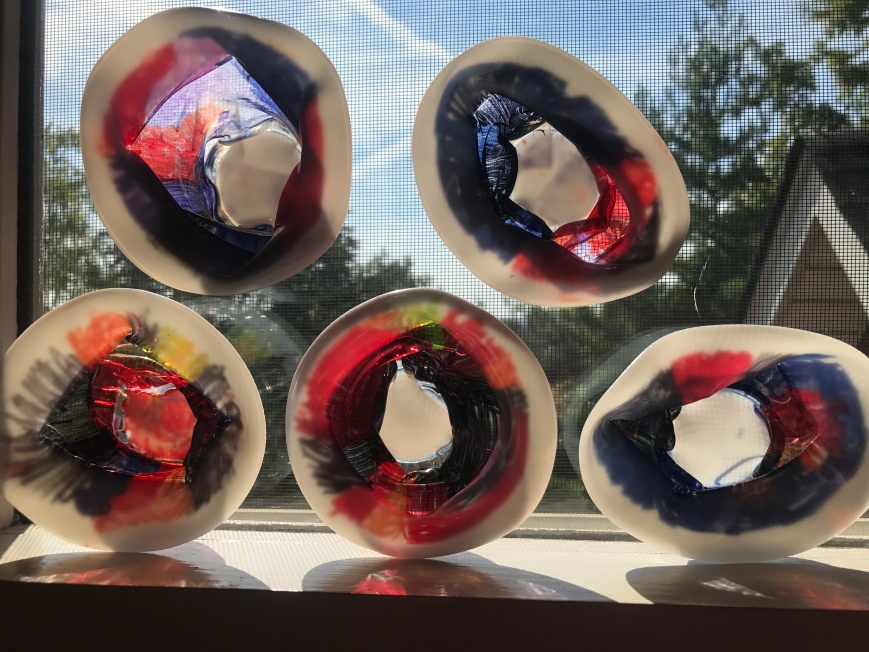 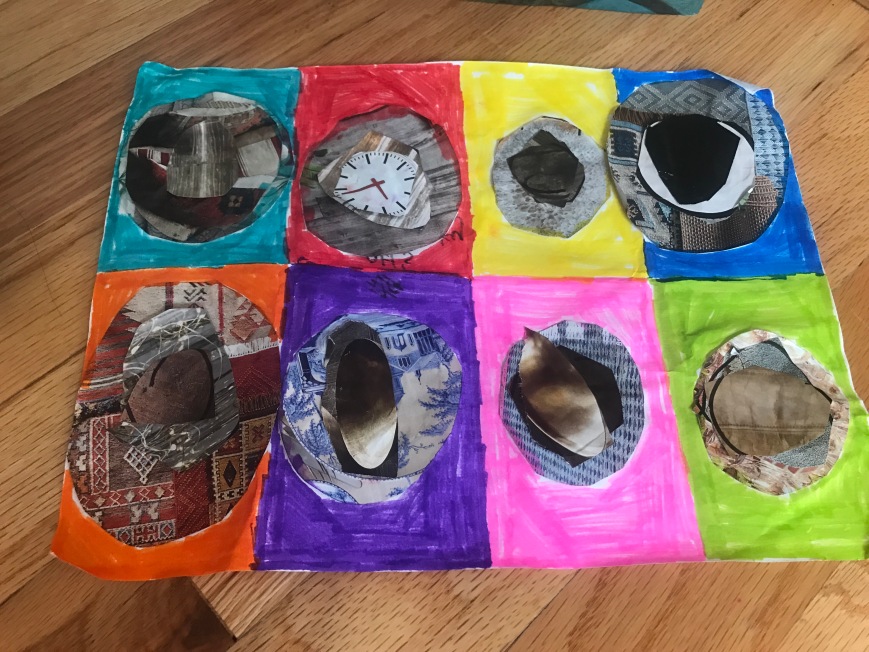 The circles are just plastic cups that the children colored on with Sharpies. We then melted them in the oven. It actually took much longer than I expected and some force to get them to melt.

The other circle picture was done with catalogs. She cut out circles and layered them in top of each other to get that abstract look.

They also drew and painted pictures while listening to music several times.

We are moving on to a different artist next week. I have so enjoyed studying (once again) Kandinsky and his work.

My girls love all things pasta. Since my husband and I don’t eat pasta, I usually just leave it out of our dishes and serve it on the side.  It’s a little more difficult to do with lasagna, but I still do.

2 lbs. sausage (any kind you like), cooked and drained

2 jars of Rao’s spaghetti sauce (many other sauces have LOTS of sugar. You must read the labels)

Mix the meat with the spaghetti sauce. In a lasagna pan, layer a meat layer then a ricotta/parmesan layer, then slices of provolone. Continue layering. On the last layer, put the mozzarella cheese on top. Bake at 350 degrees until bubbly.

(The provolone is a little thicker and doesn’t melt away like the shredded cheeses.)

Last summer, I purchased my ALL-TIME FAVORITE antique ever!! My eldest daughter went wandering around on her own and stumbled upon a 5 year diary. This was a rare find because each day (literally) for almost five full years was filled in. The diary belonged to a Texas teenager. She was sassy and funny. She wrote about days of playing cards with her mother and sister. She also wrote about days in church with the guys from Texas A&M (according to her: they weren’t much to talk about). She also chronicled her love for one boy in particular. We sat around the kitchen table after we brought it home and read all the way through the many entries. There were many laughs and even a couple of tears. After we finished reading, I googled her and her family. She sadly had passed away a couple of decades before. Her family is still in Texas. I wonder how in the world her diary made its way all the way to our home state. I wonder if her family knew about the diary she wrote back in her teen years.  I struggle with the idea that I should contact them and let them know of its existence. I treasure it so very much! It’s a reminder of simpler times. It’s also a reminder that feelings never really change. We all feel happiness, sadness, joy, worry, hope, fear, love, and jealousy. It’s those things that I hold close to my heart when I revisit the pages of the daily writings of a Texan teenager in the 50s.

Since we always have so many games and trivia during our parties, we always have a prize box of some sort. This time I got a styrofoam cooler for about $2.50 at Target. We spray painted it black and it served as the cutest treasure chest!

I used pineapples to decorate around the house as well. Most of the decorations were from Target and Oriental Trading.

We played a throw a ring around the hook. It was a fun little game, but I actually think the adults enjoyed it more. We bought the hooks from Oriental Trading and hot glued them on to a piece of cardboard box. The rings were glow necklaces from Dollar Tree.

As our guests arrived, they were asked to get a pirate name. I had two cups with silly names. One cup was the first name and the second was the last. They then had to wear a name tag with their pirate names on it.  It was fun to see the funny  combinations. 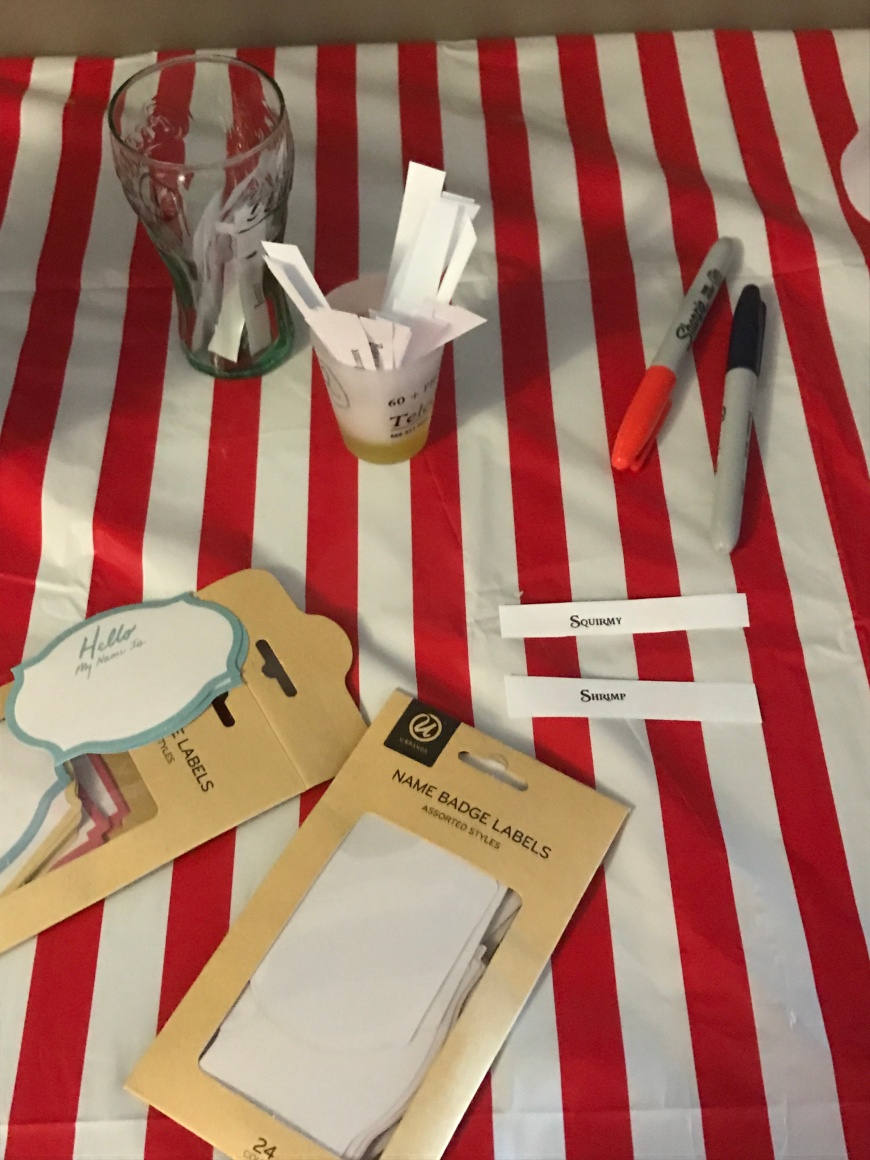 We played a cannonball game that was the hit of the party. I had my parents bring all their newspapers that they’d normally recycle. The teams were to make balls out of it and throw them to the other side. After 5 minutes we counted who had the most and that team won. Both teams cheated by not making them into balls but it was so fun no one really got too upset about it. 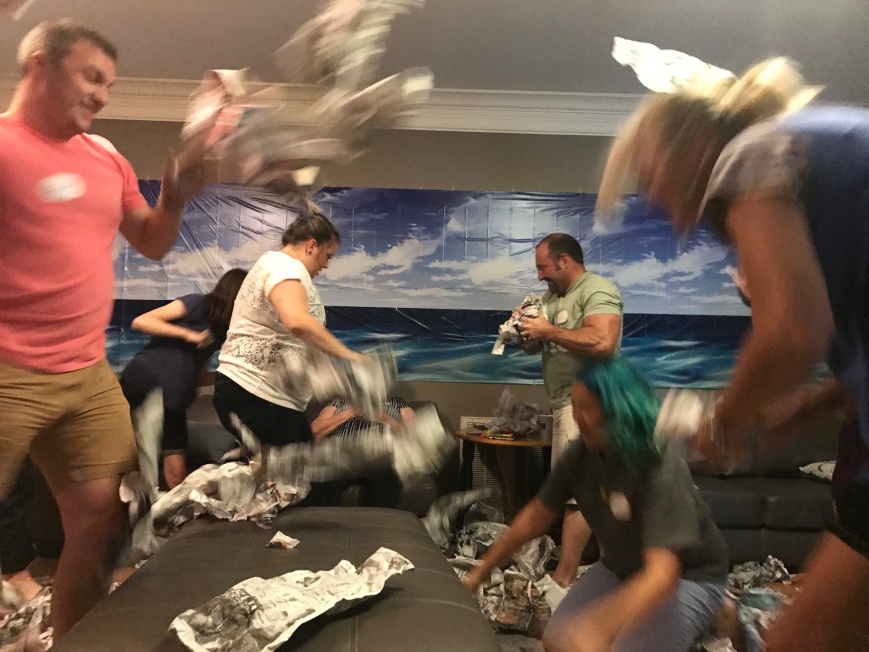 I made a new dish for the vegetarians. It was a black-eyed pea dip. I made it very spicy, but it was so delicious!

one can drained black-eyed peas

1 to 2 cups cheddar cheese (for topping)

Put ingredients in a blender and blend until just incorporated. You don’t want it too smooth. Pour into a greased baking dish. Put reserved cheese on top. Bake at 350 degrees until bubbly.  I served it with chips, but ate it plain. It was very spicy but so good! We named it Blackbeard’s dip for the party. 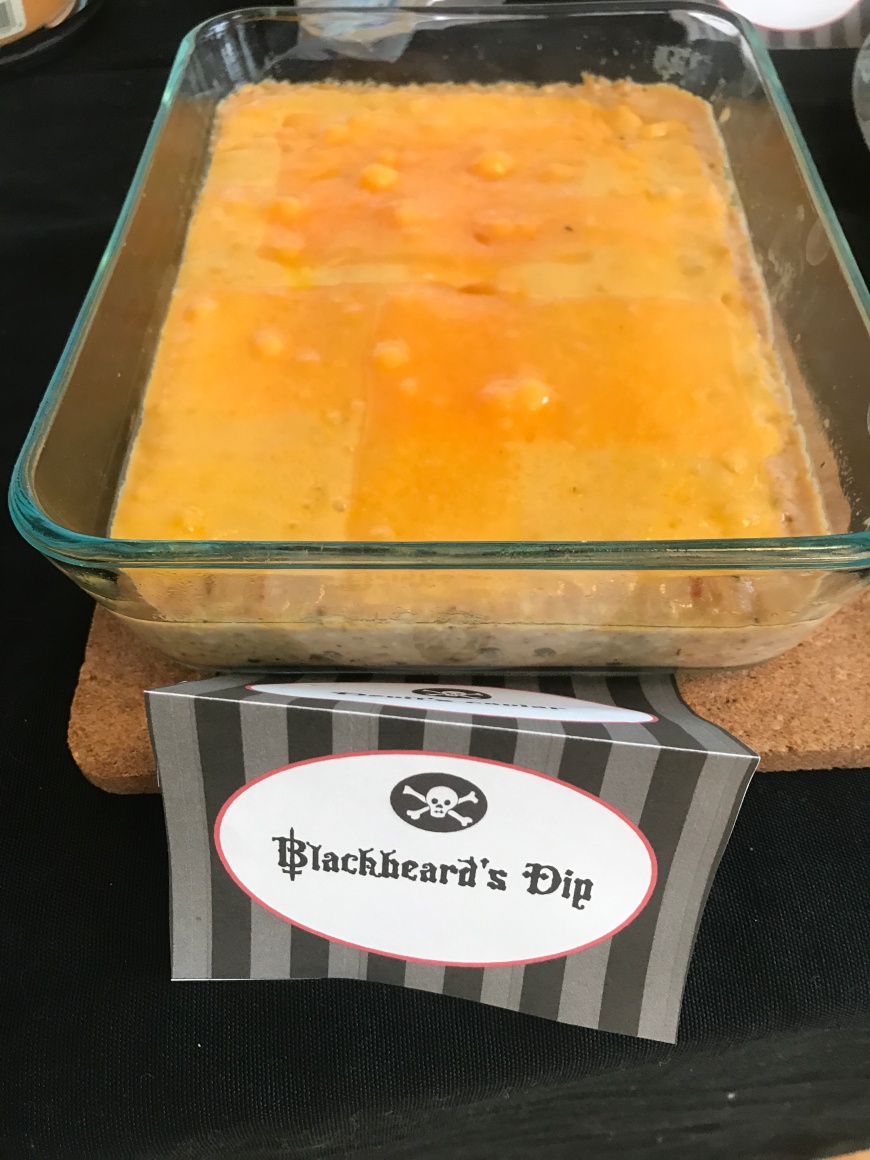 Overall, this was one fun party!