I just finished Personal Recollections of Joan of Arc.  Most people don’t realize that Mark Twain ever wrote a book about Joan of Arc. He published it under the name of Samuel Clemens. This book, he said, was his favorite. He didn’t want it compared to any of the more popular books. This one took him 14 years to prepare and write while the others took little time at all.

Joan of Arc is a truly remarkable figure. I knew just what the paragraph in the history textbook says. I had no idea how her story truly went. From every movie I’d seen about her,  I was left with the idea that maybe she was a little bit crazy. After reading this book,  I know that is not true. She was truly inspired and the men who prosecuted her and ultimately killed her were nothing but cowards. But I want you to read it for yourself!

I laughed. I cried. I got chills. I was touched.

It’s one of those books that you want everyone to read because the value that is in it.

If you’re looking for a great book for spring break or summer vacation, put this one on your list! I gave it to my dad for our last vacation and he still speaks of it with tears in his eyes.

Here is what Goodreads has to say about it:

“I like Joan of Arc best of all my books; and it is the best; I know it perfectly well. And besides, it furnished me seven times the pleasure afforded me by any of the others; twelve years of preparation, and two years of writing. The others needed no preparation and got none.” –Mark Twain

“Mark Twain comes furtively like Nicodemus at night with this tribute to one of God’s saints. In doing so he tells a secret about himself. It is as though the man in a white suit and a cloud of cigar smoke thought there just might be a place where people in white robes stand in clouds of incense.” –Fr. George Rutler, Author, The Cure d’Ars Today

“Joan of Arc is the lone example that history affords of an actual, real embodiment of all the virtues demonstrated by Huck and Jim and of all that Twain felt to be noble in man, Joan is the ideal toward which mankind strives. Twain had to tell her story because she is the sole concrete argument against the pessimistic doctrines of his deterministic philosophy.” –Robert Wiggins, Mark Twain: Jackleg Novelist

Our first of many college visits is officially behind us. We visited a university in Baltimore last week. I had never been there before so I had few expectations.

We stayed at the Colonnade near several universities. The room was nice and the staff was very friendly. Our only complaint was the mattress on the foldout bed was extremely thin. Our daughter said she would have been better off sleeping on the floor.

We ate at three restaurants while we were there. The first was MO’s Seafood. The food was unbelievably good! The crab cakes were fantastic. My husband proclaimed that the crab au gratin was one of the best things he has ever eaten. The owner, Mo, was awesome. He was smart, kind, and engaging. I loved our conversation with him.

The next place we ate was Blue Moon Cafe. It’s a brunch place. My husband and daughter had the Sweet Baby Jesus. It’s fried eggs, hash browns, jumbo lump crab, cheese, and hollandaise. My husband had them modify it and make an omelet without the hash browns. They both said it was phenomenal. The servers there were funny and nice.

The last place we ate was a little place called Flavor. It had little things to eat. My husband got the lamb chop and my daughter got the sliders. They both said the food was really good. I was freezing so I had an Amaretto coffee which was delicious.

All of the uber drivers we had were great. They were all friendly and talkative.

The city is beautiful. I loved all the history and architecture. 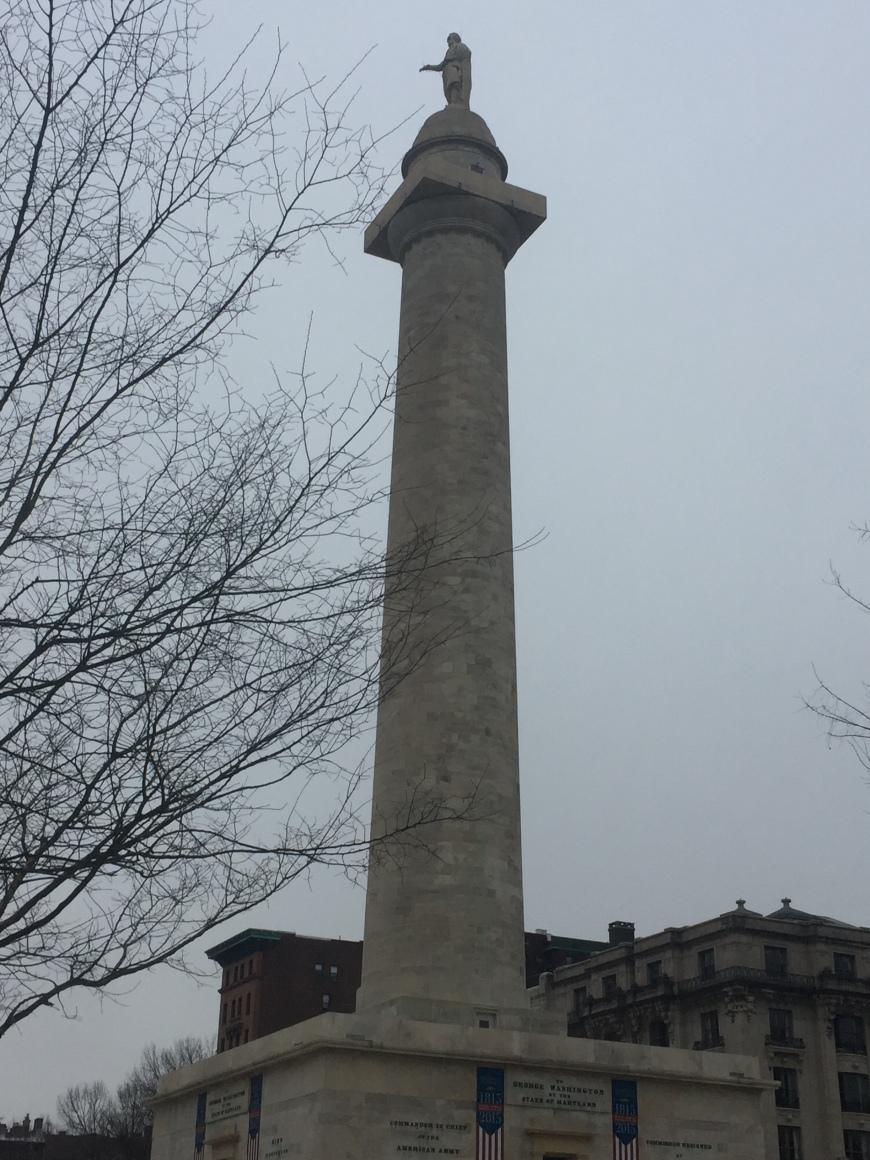 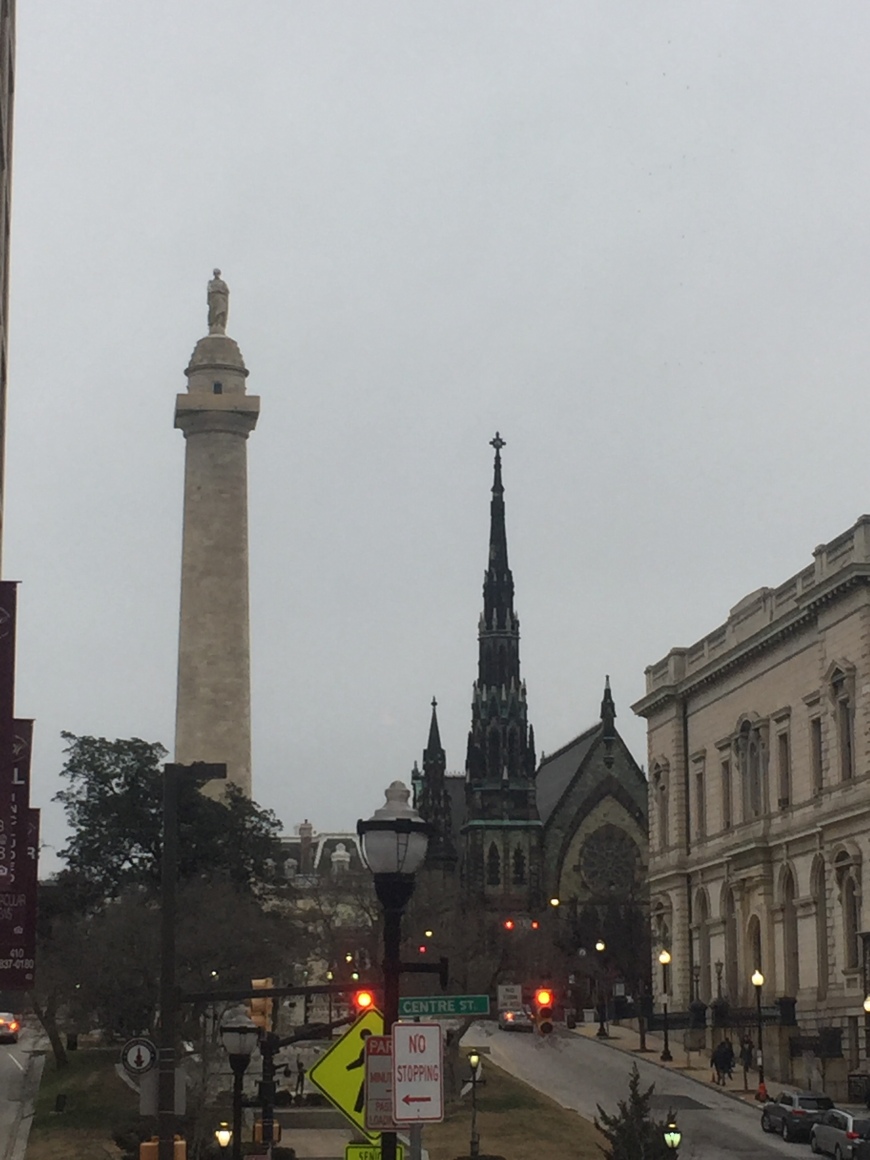 I wish we had had more time to really enjoy the city, but I suppose if my oldest ends up at school there, we will.

My children woke up to doughnuts for breakfast. I ran to Publix and got chocolate filled and regular glazed Krispy Kreme doughnuts. I then bought a tub of bright pink icing and piped hearts on the doughnuts. 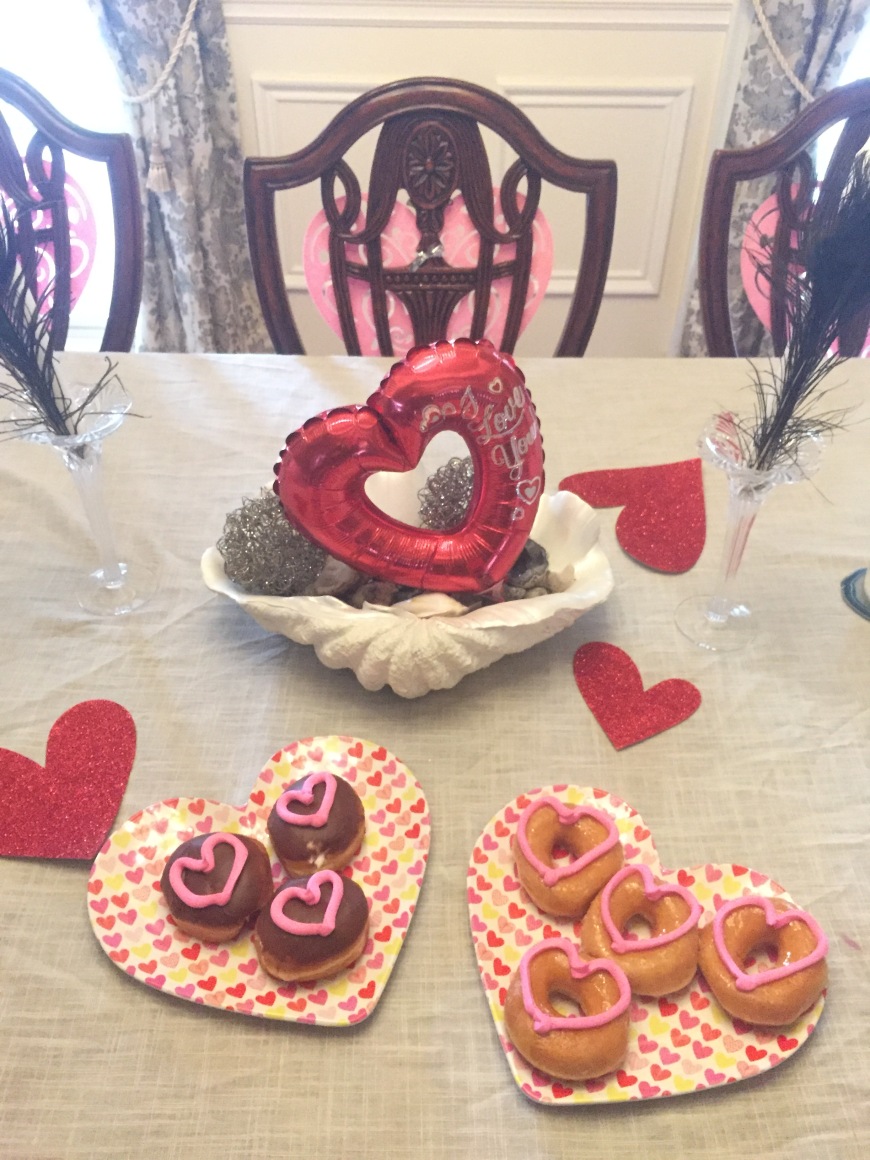 Later tonight, we will have dinner and a special dessert while enjoying a movie together.

I hope you and yours have a lovely Valentine’s Day!

Over the weekend we attended a baby shower for my niece. It was a brunch (which is my favorite kind of shower). It was beautifully done by her sister. I contributed chocolate covered strawberries.

Strawberries are not a favorite of mine, but throw chocolate on top and they are just downright gross to me. I know I’m a lone wolf when it comes to this opinion.

Since they seem to be a universal favorite (with me as an exception), I make these “treats” for many occasions. I’ve learned a few things through my experiences making them.

Here’s a few things I know:

The strawberries must be completely dry.

Do not soak the strawberries to clean them. They will actually take in water and become disgusting.

Ghiradelli melting chips are the best. They don’t take more than 2 minutes and become so super smooth.

Take the strawberries by the leaves and dip and swirl them in the chocolate.

Do not refrigerate. If you do, when you bring them back to room temperature, they will “sweat” and be way less appetizing.

Overall, chocolate covered strawberries are a quick and easy dessert. Just follow these tips and tricks and it’ll be easy as pie (which I would prefer, but that’s just me).

This morning I made the girls cinnamon rolls for breakfast. They were actually orange rolls (their favorite), which had been out of stock at my grocery store until yesterday.

They are so quick and easy to make. The girls were so excited to start the day with a lovely breakfast to celebrate the first day of February.