A few days before we were leaving for our Disney World trip, I heard that a company had been selling Disney dining reservations illegally and that Disney had stopped them. Because of this, there was now a chance that there were reservations available where there hadn’t been any before. I checked for dining reservations again and lo and behold, there was Cinderella’s Royal Table with several dinner slots open. We chose late reservations. We had arrived in Magic Kingdom later in the afternoon; but it was Extra Magic Hours night and the park was open until 1 a.m. We didn’t tell the children. We told them we were eating somewhere we had never eaten before. They guessed everywhere, but no one guessed inside the Castle! When we walked into the entrance of the Castle and went up to the desk for our reservation, all of the children were shocked and so excited! 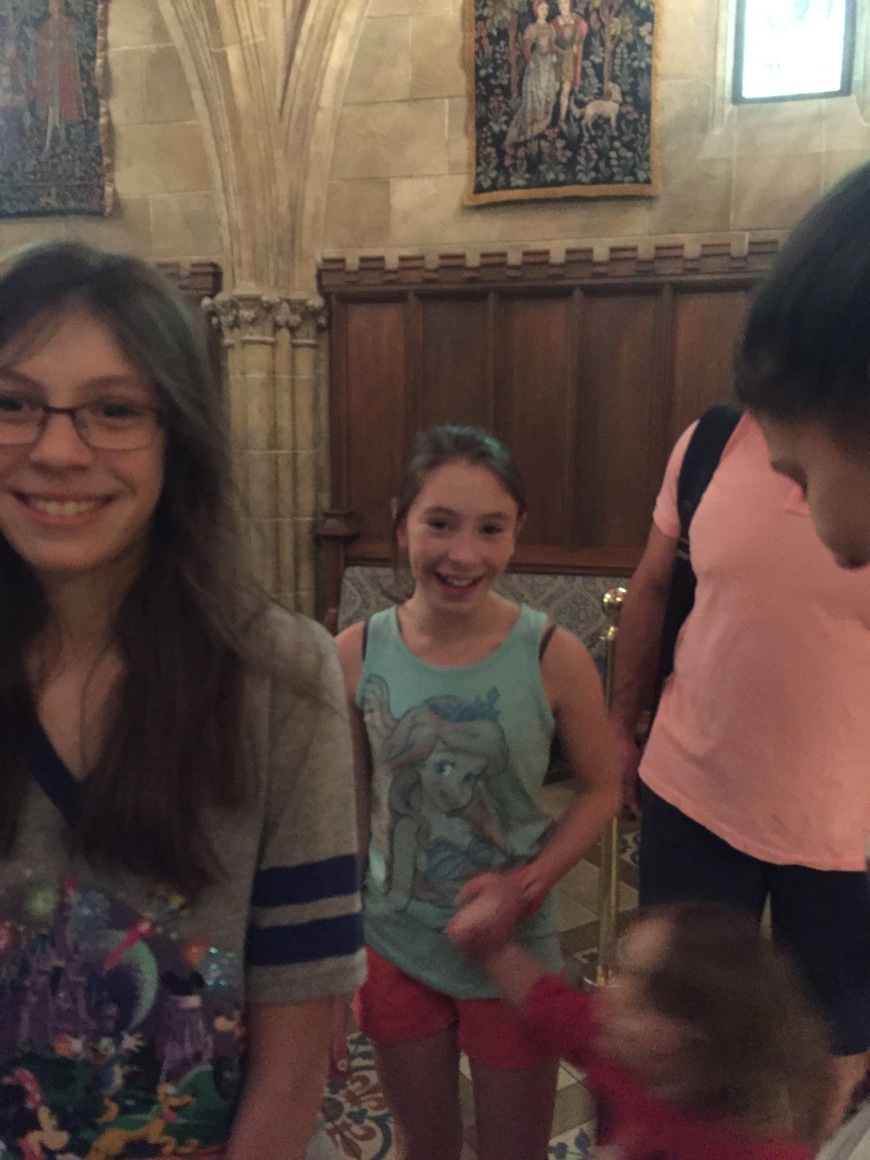 In the foyer, they got to meet Cinderella.

No detail is overlooked, as is usual for all things Disney. 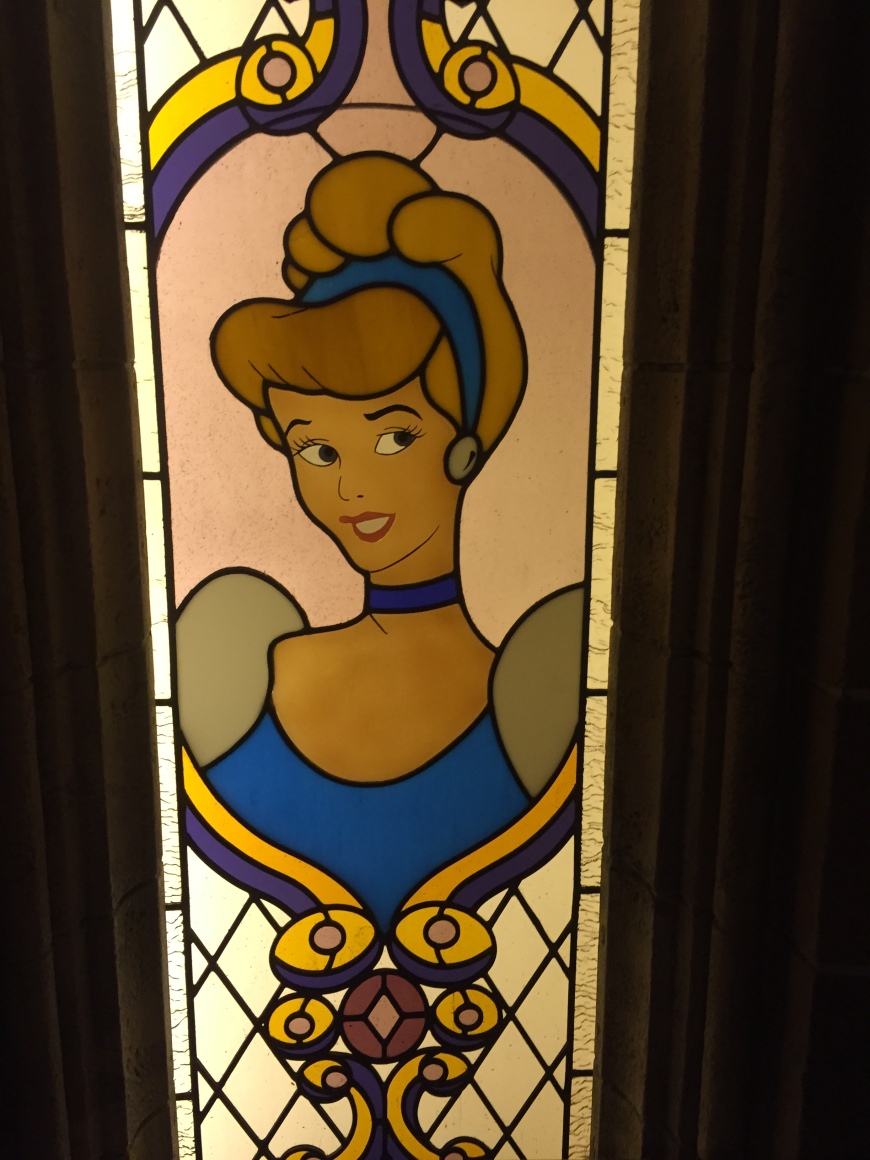 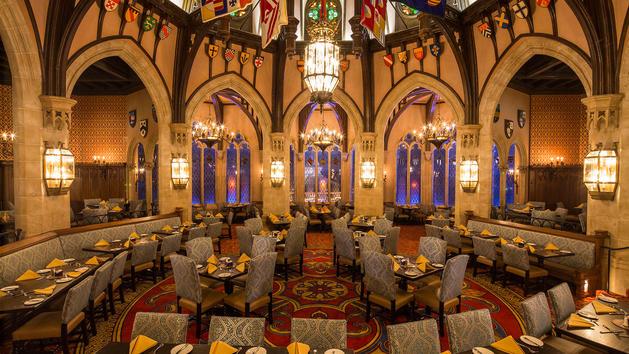 It really is special eating inside the Castle.The food was good. The service was better. The experience was the BEST!

The children all get a wishing star. The girls get a wand and the boys get a special sword.

All of the princesses come to your table. They are all so very sweet. They actually came by more than once. 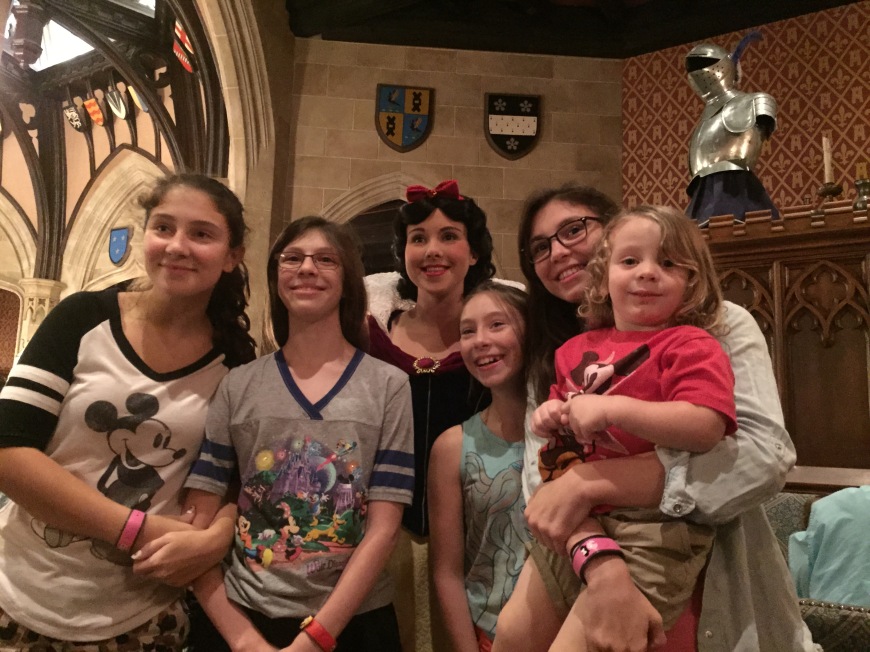 We really had a special time and loved being able to surprise the children with something they had never thought of doing.

If you get the chance to eat at Cinderella’s Royal Table, I would highly recommend it!