It’s finally getting a little cooler down here.  Each day after school, I have a snack ready for the children once their work is done.  I know that a few of my children really enjoy carrot cake, but they would probably eat one slice and I’d throw the rest away. Since cinnamon is one of the official scents of the season, I thought that cinnamon sugar pita chips with a carrot cake dip sounded like something they would enjoy. 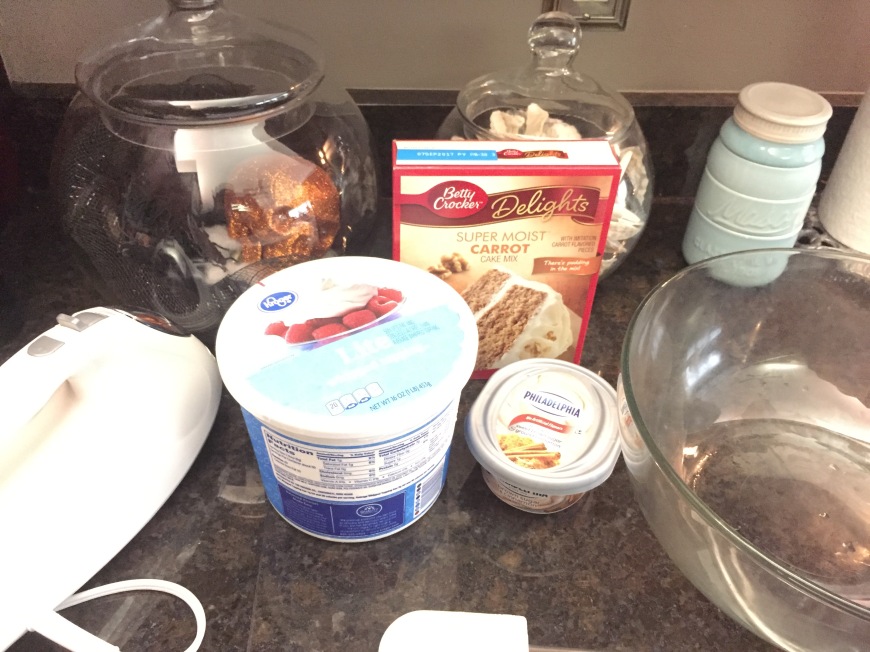 There was a race to lick the spoon-a sure sign of success.

This is how I did it:

1/2 cup of heavy cream or half and half

Put the cream cheese in a large bowl and mix until creamy. Add the cake mix and heavy cream. Mix well. Once well mixed, gently fold in the Cool Whip. Serve with cinnamon sugar pita chips or any other sweet cookie. 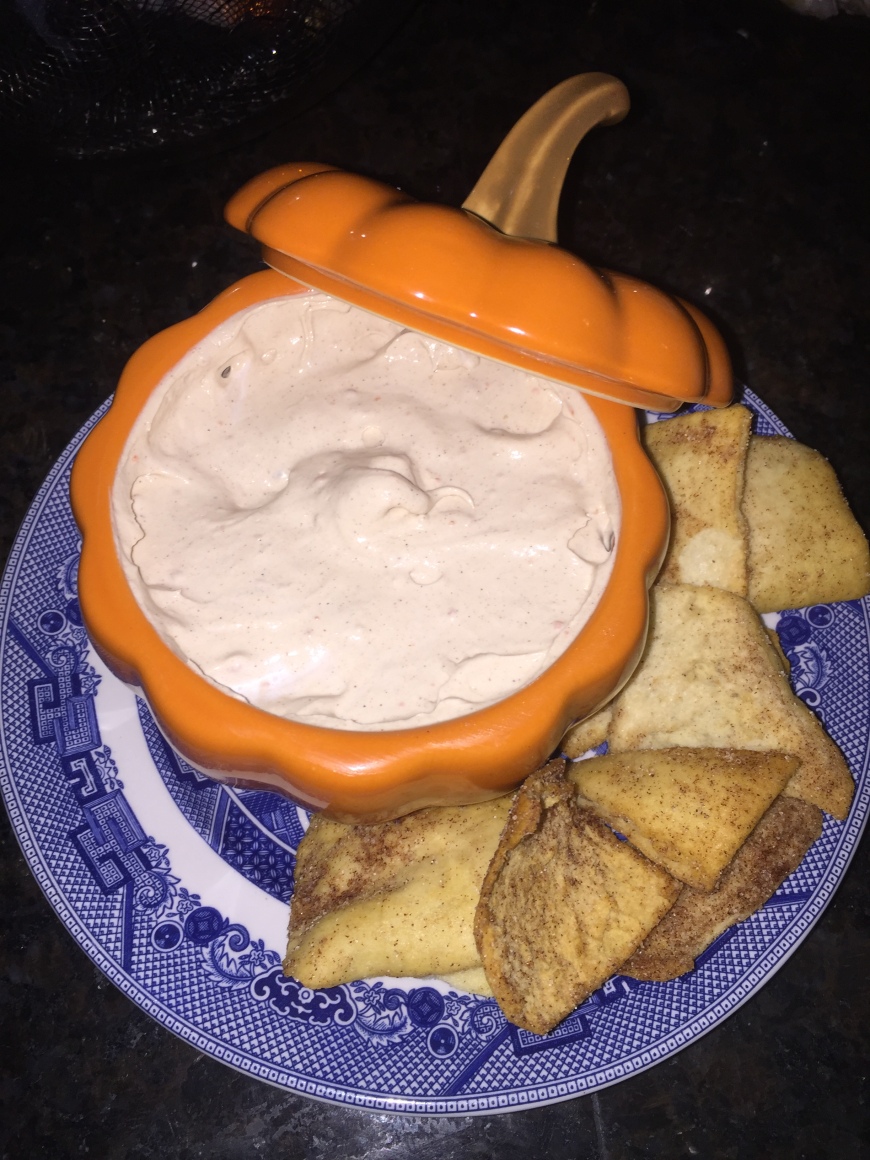