Everyone’s heard of the Color Run but what about a Color Fun Party?! Since two of my girls (Eva and Olivia) have birthdays just a week apart, we always have one big party for the both of them (don’t worry–they each get their own special day on their actual birthday). With so many children I feel like we’ve been through so many themes already;  but this one was new to us all.

The kids used straws and blew the paint to make the most interesting and colorful little canvases. 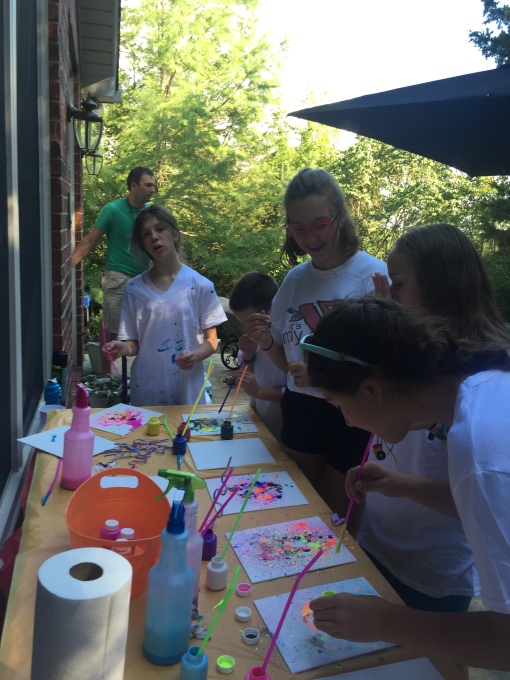 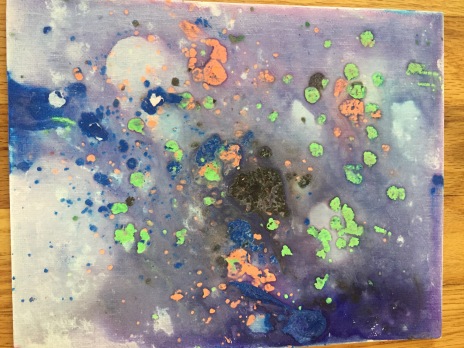 This was one of the pictures we took trying to find the one to go on their invitation.

I made swirly color cupcakes. They didn’t turn out exactly as I had hoped, but the kids still liked them.

We had color trivia. All of the birthday parties I host have Trivia. For example: What is the most popular color worldwide? and (A) Black and red (B) yellow and red (C) green and red are the most appetite inducing colors.

We had relays with colored water and buckets. We played Twister with paint on certain dots. I gave them a couple of cans of shaving cream to add to the game just for fun. We had a Make a Rainbow Race.

THEN, we had a COLOR FIGHT.

One of the best things was seeing everyone laughing and smiling. My dad (seen below with the white hair) had insisted he just wanted to watch; but my mother and I forced him to play along. He obviously had a great time! 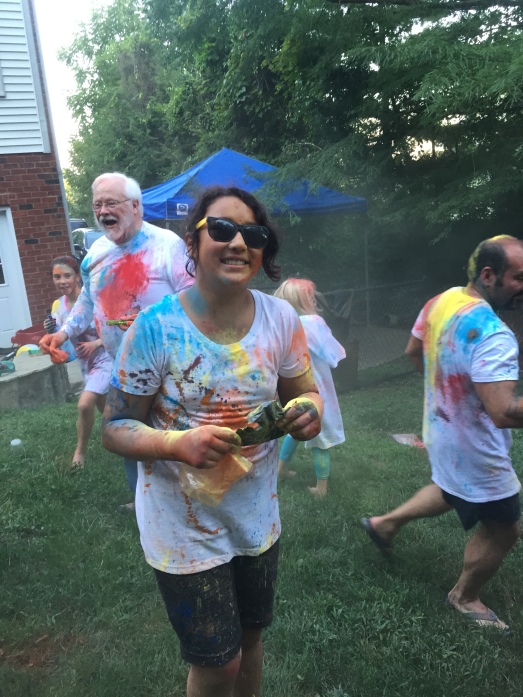 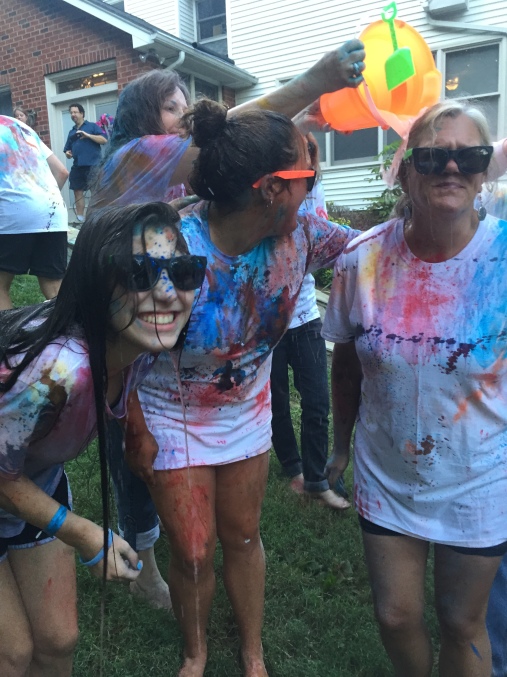 Everyone had a SUPER time. We provided white shirts for everyone. We also had a little outdoor shower area set up and they knew to bring extra clothes or just be ready to be really dirty. The best news (besides everyone having so much fun) was that it all washed off in the shower, which didn’t seem possible at the time.

I ordered the powder from an American based  company on Amazon. When the paint broke inside the box, they were really awesome and replaced it overnight!! We still have a lot of powder left…I just need another reason to PAAAARTY!!!

I linked the company above only because they were so great. I don’t receive anything from it. Just paying it forward.