My kiddos love a good prank. April Fool’s Day has been one of their favorite days as long as I can remember. We usually try to do at least one thing to make the day memorable. Last year I fooled them into thinking they were eating an undercooked lasagna, when it was actually a yummy dessert. This year, I pulled off a Crazy April Fool’s Day Dinner which was actually breakfast for dinner. It definitely takes some advance preparation and quite a bit of work (at least with as many people as we have in our family) to pull it off, but it is so fun! I’ve done a dinner menu like this before and I feel like breakfast items are a lot easier. I used the basic idea and the menu course printables from Dixie Delights. I made some changes, but the general idea came from her site.

To do this, I gave my family a menu of 16 items with funny names. They also had 4 different menu course sheets. On each sheet they had to put four items that they wanted for that course. Each item has to be picked once so that all items are ultimately chosen. They had to pick for all of their courses before I even started cooking; because I didn’t want to give them any hints with the smells in the kitchen. 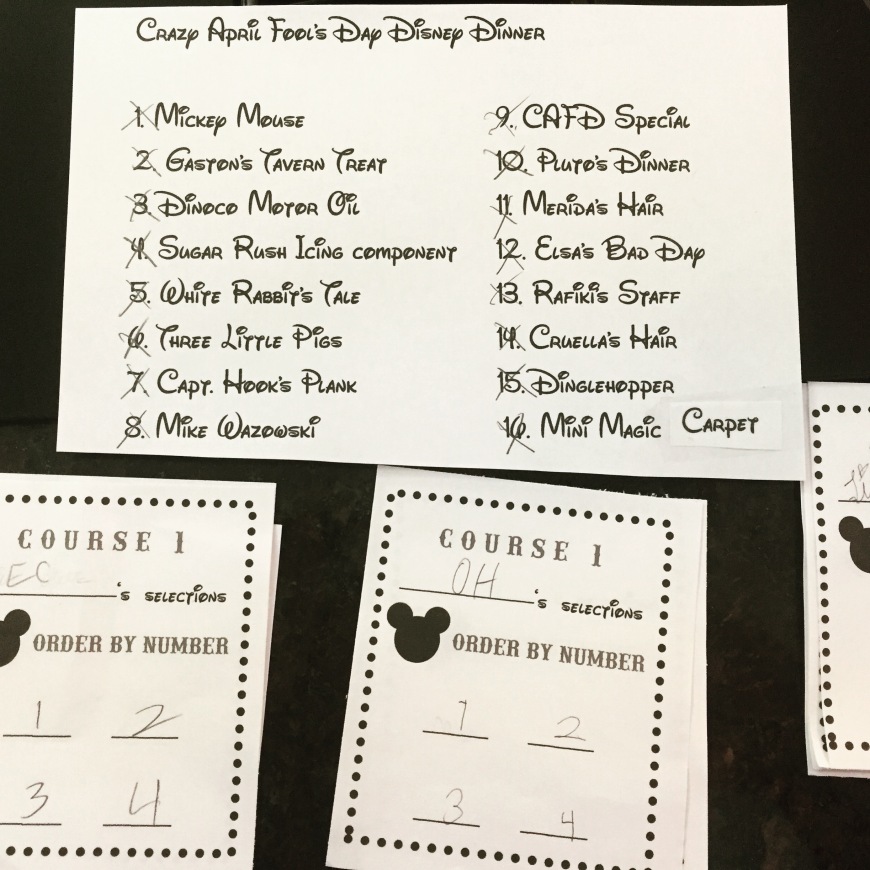 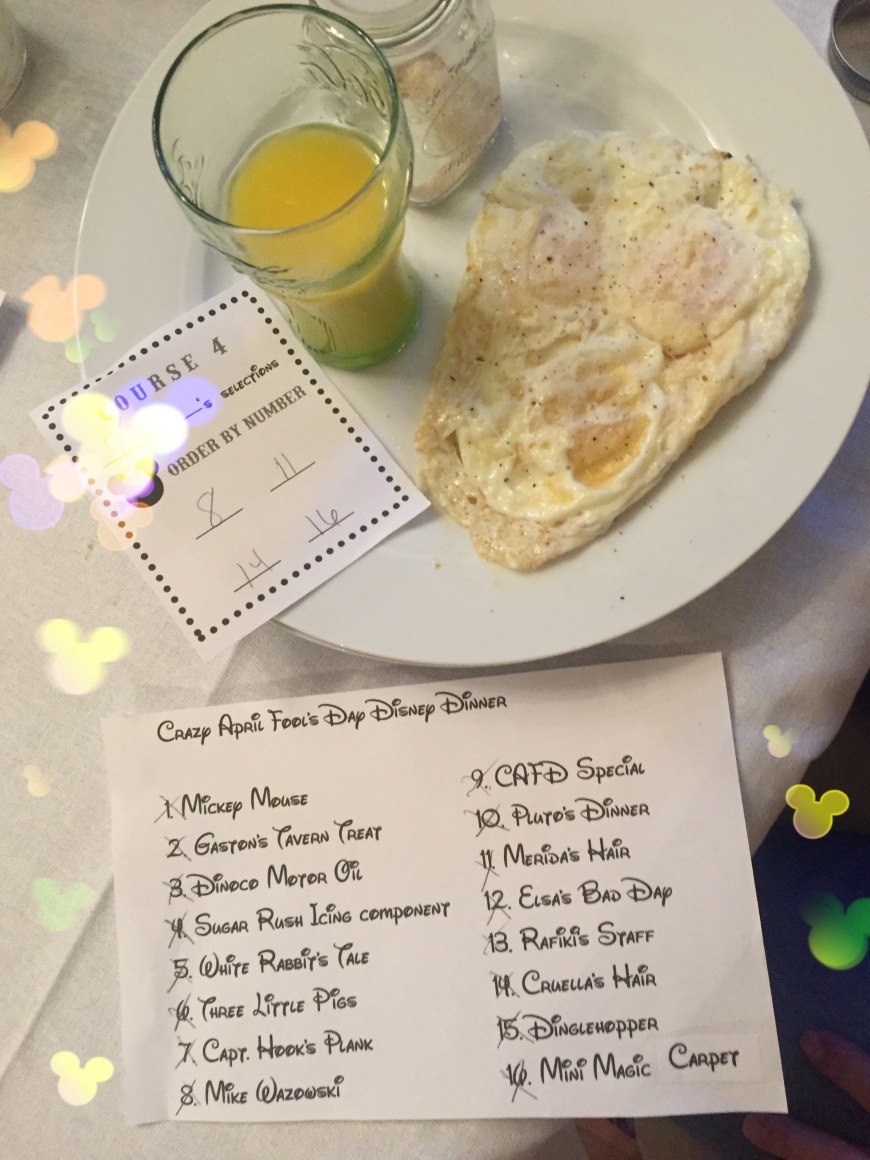 I had one more trick up my sleeve. Number 9 was the CAFD Special. It looked like an egg, but was really just whipped cream and an apricot. 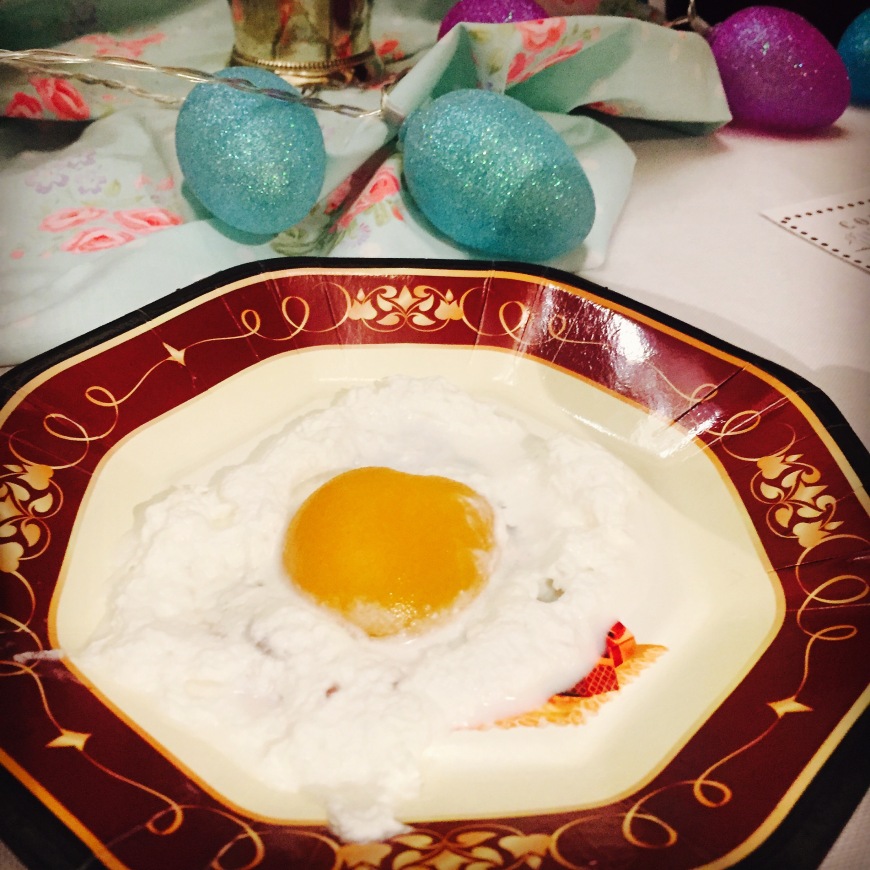 I pulled out a few Christmas plates to serve this. I also found some “Welcome to 2000” napkins that had never been opened in my party stash. We used those as the Mini Magic Carpet.

Overall, we had lots of laughs. April Fool’s Day is just another good excuse to have a little fun together.

I printed out my menu using Waltograph font from DaFont