For our Spider-Man birthday party we had several games to play.

One was “Spin The Prey”. Groups of two would take a roll of toilet paper and spin their partner in it until the roll was empty. The fastest three teams went against one another until we had a winner. 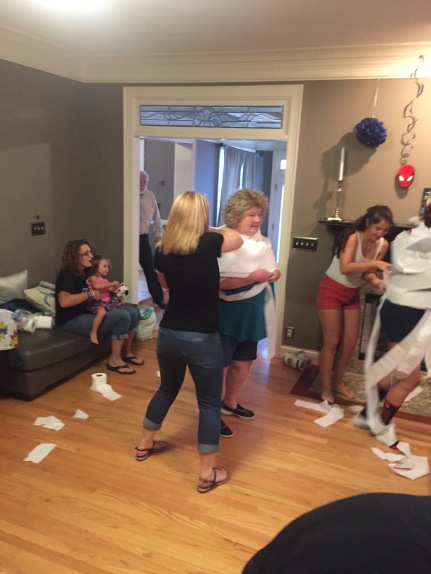 Another game was “Web Blaster”.We took a box and marked it like a dart board and shot our “web blaster” aka silly string at it. 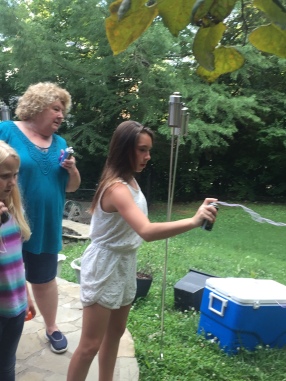 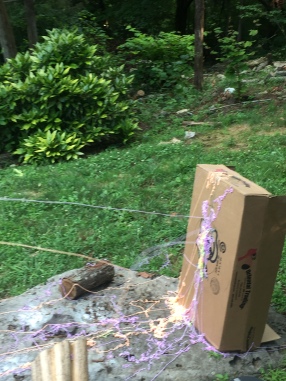 We had our unwrapping game. I take grocery bags and layer them around a little gift . The children sit in a circle and pass the wrapped item taking off one bag then passing it to the next child. For this party, I had gotten blue and red candies from The Fresh Market. 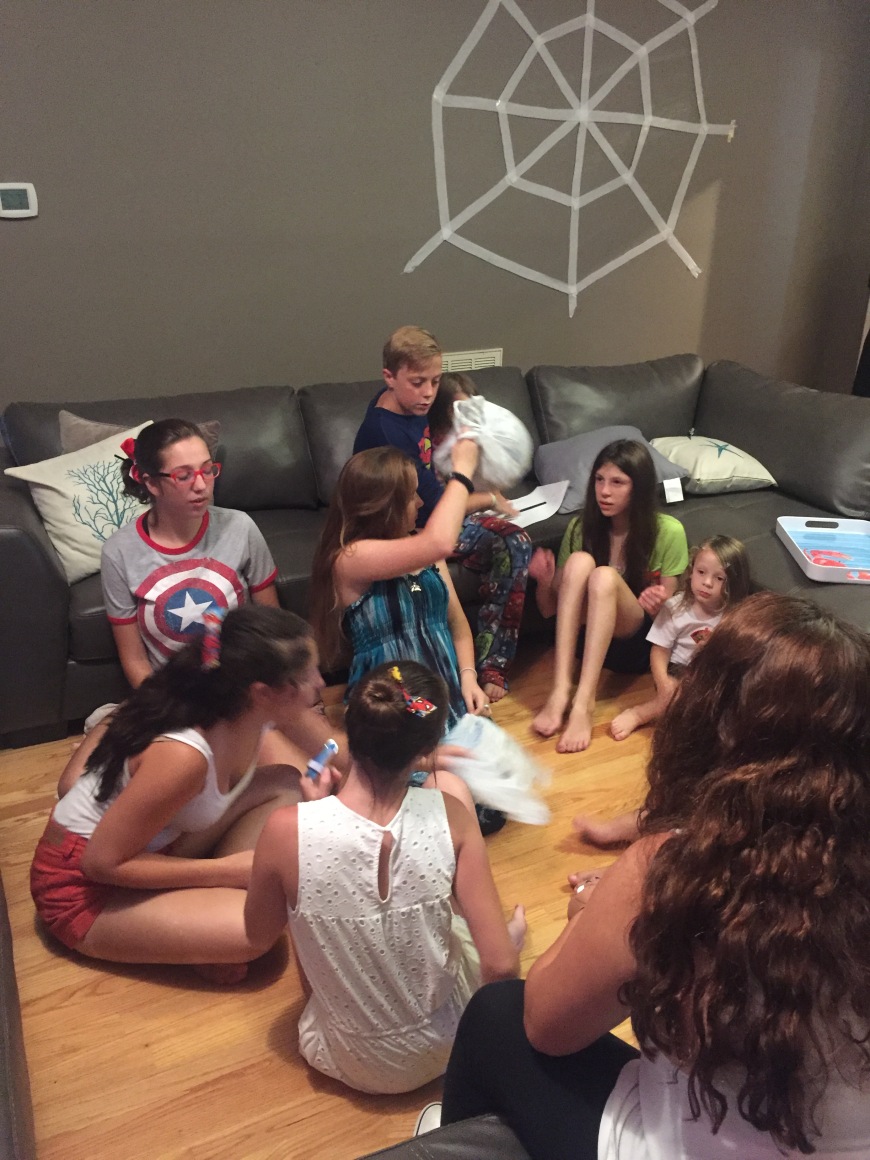 We had a nice time at the Spider-Man birthday party and now it’s off to plan the next!