We had a Science Lab birthday party a few weeks ago. There is so much to share that I thought that I would just do a few things at a time.

We did several experiments. This one is one that both of my older daughters have won ribbons for in science fairs.

Each child took a water bottle and put one teaspoon of yeast inside. They then put in 1/4 cup of warm water. They then had to decide on something else to add. I gave them the information that yeast is a fungus and that it loves sugar. They ran all over the house finding things to add to their yeasty bottle.  They had to add 1 tablespoon of whatever they chose. We then swirled the bottles around and placed balloons over the mouths of the bottles. I had the children write down which one they thought would blow the balloons up the most. We watched over the next few minutes and hours as the balloons inflated with the byproducts of fermentation. It is one of my favorite experiments because they really get to see the effects and they also learn that some of the things that they thought were full of sugar really were not and vice versa. 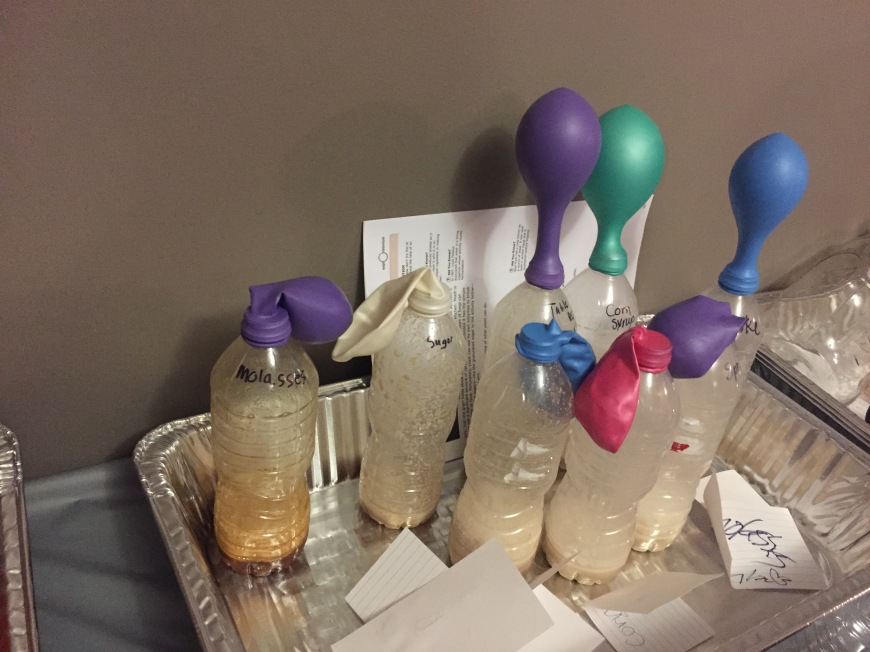 The sugar bottle ended up the largest in the end. I saw it wasn’t as big as it should have been and realized that the child forgot to add the water. Once I added the water, it quickly surpassed all the others. 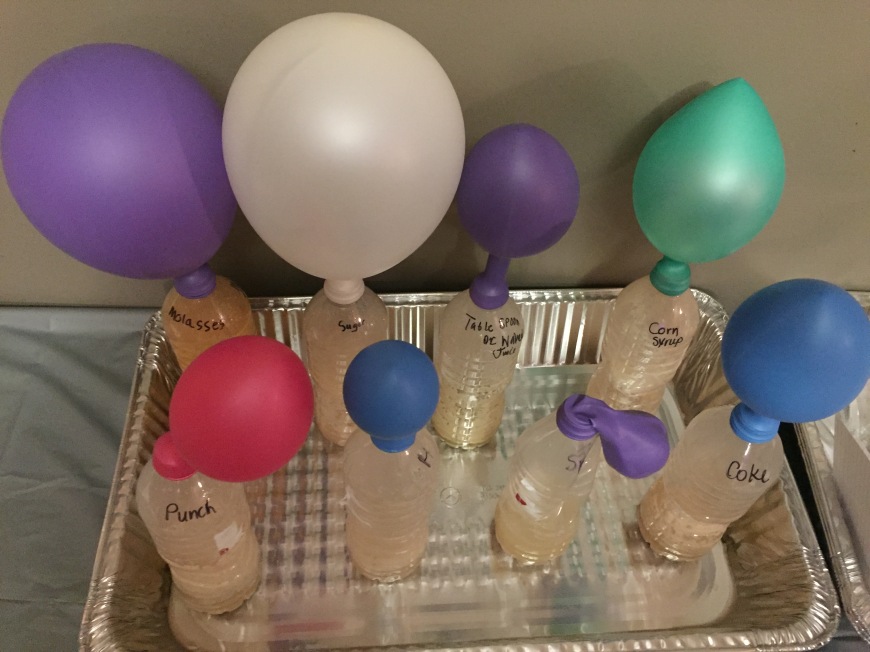