One of the other experiments we did during the party was Exploding Elephant Toothpaste. It is a very easy experiment; but it does require some ingredients that you may not have on hand. 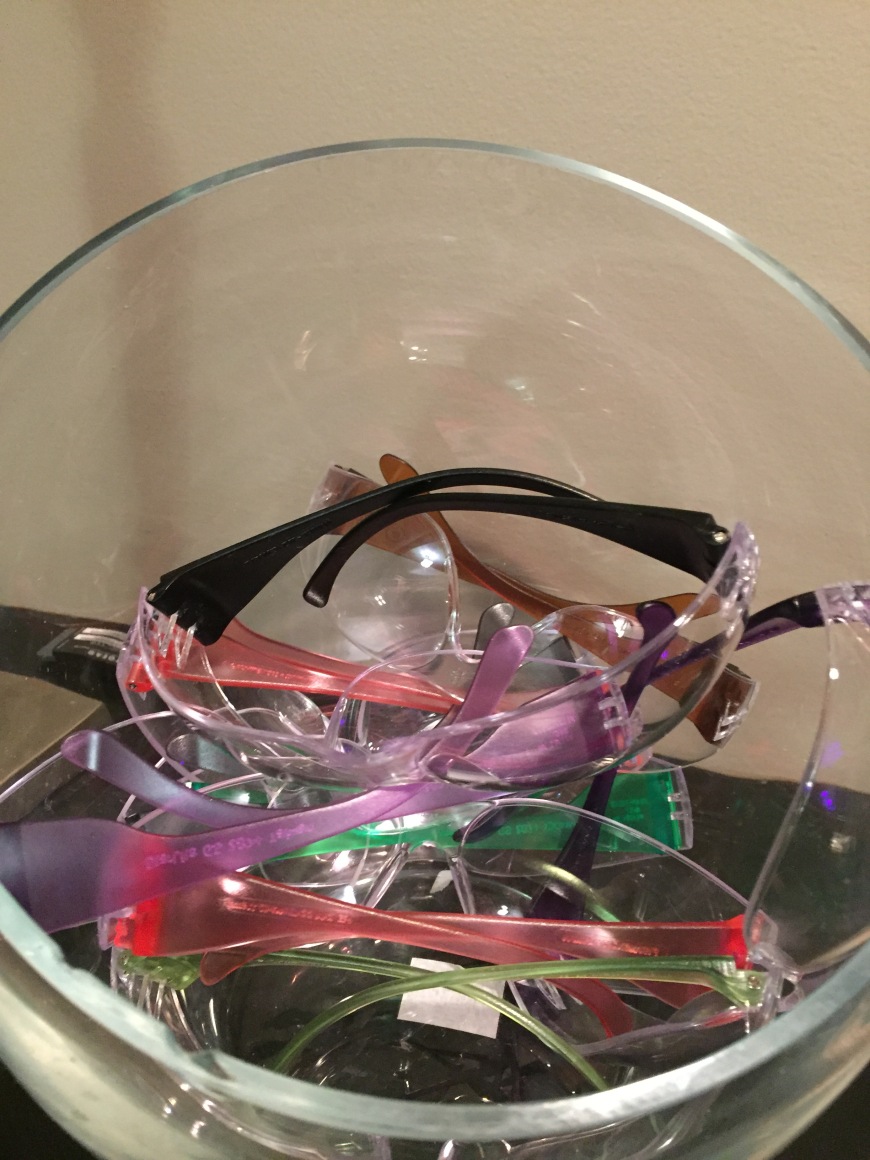 12% hydrogen peroxide (I got mine from Sally’s Beauty Supply)

We did this experiment outside. Each child was given safety glasses and gloves to wear.  I gave each child their own bottle. I had them choose a color to add to their bottle. Using the funnel, they then added 4 oz. of hydrogen peroxide. After adding a drop of dish soap, they gently swirled the bottle to mix the ingredients. In a small cup, they then added a packet of yeast and warm water. Then the fun was really about to begin…

They added the yeast mixture into their bottles and voila…Exploding Elephant Toothpaste.

I had the bottles in a deep disposable metal pan. The children could feel the heat from the exothermic reaction that had been created.

Steve Spangler explains the science behind it. “The yeast works as a catalyst to release the oxygen molecules from the hydrogen peroxide solution. The oxygen-filled bubbles, which make up the foam, are actually the remainder of what happens when the hydrogen peroxide breaks down into water (H2O) and oxygen (O2). The bottle will feel warm to the touch because this is an exothermic reaction in which energy, in the form of heat, is given off.”